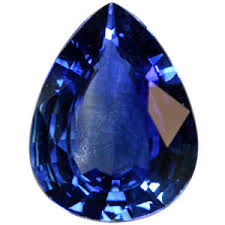 Sapphires have been prized as great gemstones since 800BC. Rulers of ancient Persia believed the sky was painted blue by the reflection of sapphire stones. And a great poet once described the sapphire as “the blue of a clear sky just minutes after sundown.” Blue sapphires were a holy stone to the catholic church and to Ancient Persians, who believed they made the sky blue with their reflections. To some religions, the blue color of the sapphire represents the heavens. Sapphires are stones of the apocalypse, and ancient lore held that the tablets upon which the Ten Commandments were written, were actually sapphire. This has to mean that either the script was very tiny, or the sapphire was made by the hands of someone other than mother earth, as its size would have had to have been quite adequate!

Kings wore sapphires around their necks as a powerful defense from harm. They preserved the wearer from envy and attracted divine favor. In the 12th Century, the sapphire was known as the most appropriate stone for ecclesiastical rings. The Cingalese believed that the star sapphire served as protection and a guard against witchcraft. The great Oriental traveler, Sir Richard Francis Burton, had a large star sapphire which he referred to as his “talisman,” for it always brought him good horses and prompt attention wherever he went. Just the mere sight of the stone was believed to bring luck and he showed it to people everywhere he went. King Solomon wore a sapphire ring. And in modern times, the sapphire grew notorious when we saw Prince Charles give a sapphire engagement ring to Lady Diana.
Anna's Legacy Jewelry @ https://www.etsy.com/shop/AnnasLegacyGiftShop?section_id=17685982