Ocean Magic ~ The Spirit Within 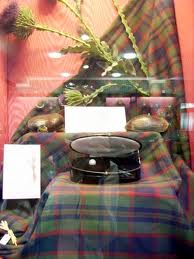 This 44-grain, natural freshwater pearl, is the most perfect pearl ever found in the rivers of Scotland. A 44-grain natural pearl is a rare find, and even rarer still is to find a pearl of such outstanding quality as the Abernathy. This famous specimen is nicknamed "The Little Willie Pearl".
The Abernathy pearl was discovered in the River Tay in1967 by a professional pearl diver by the name of Bill Abernathy (hence its name and nickname). The pearl was found in an odd-shaped mussel, common to the River Tay.
The Scottish have searched their abundant rivers for centuries seeking prized pearls. Freshwater pearls were indeed found in abundance until the Industrial Revolution polluted the waterways and wreaked havoc on the pearl producing mussel populations. The Abernathy was displayed for nearly 30 years in a jewelry store in the city of Cairncross until it was sold for undisclosed sum in 1992.
Posted by C. L. Collar at 8:45 PM