MYSTIQUE - STONE MAGIC (The Spirit Within) 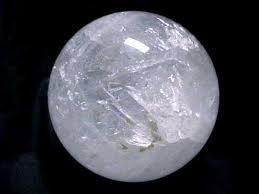 Quartz crystal has been around for a very long time. How long, no one knows for sure. We do know that crystals were formed in this Earth and suggest the mineral evolution of the planet. Their very being expresses the unity of the four ancient elements.
Part 1
It is said that crystals and stones have been utilized for many purposes for over 100,000 years. The oldest legends of crystal power take us back to the ancient civilizations of Atlantis and Lemuria. It is believed that these people were of an advanced race that could harness and channel the power of crystals. These civilizations would use crystals as beacons of light that would serve as telepathic communications with their forefathers. The power of crystals was also used for many physical and practical purposes. It is believed that these civilizations were destroyed because trust of the sacred knowledge and power of these crystals was abused. However, before Atlantis was completely destroyed, some of the "wise ones" that had not abused this trust were able to program the knowledge that was needed for the human race to survive into crystals. Specific information was programmed into different types of crystals so that when the time was right, they would surface on this planet.
to be cont.
Brought to you By Anna's Legacy Jewelry @ www.annaslegacy.com
http://www.bluemooncrystals.com/Crystal_Lore.html
Posted by C. L. Collar at 7:58 PM